A lot of people think you can’t actually visit Antarctica, but we will show you that you can! Step aboard one of our Tall Ships and experience Antarctica as close as possible. Take part in our sail training voyage and fulfill your lifelong dream of exploring Antarctica. 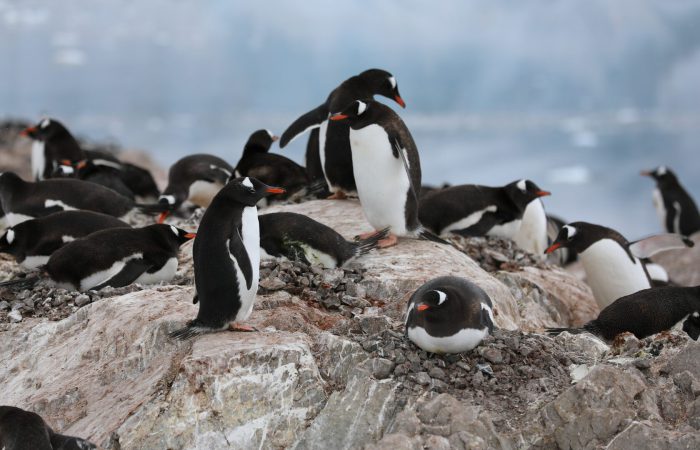 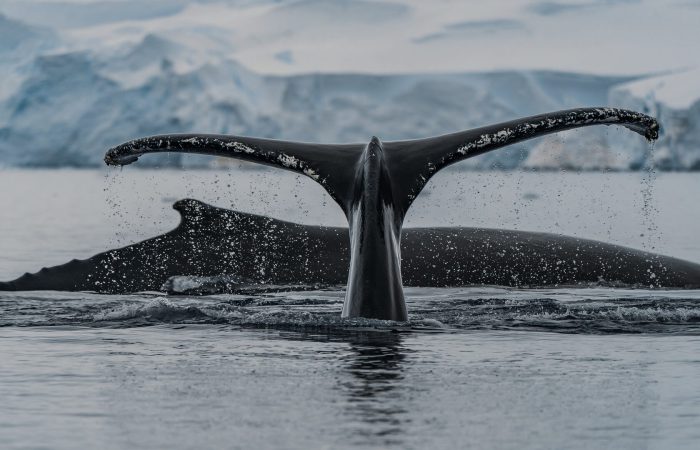 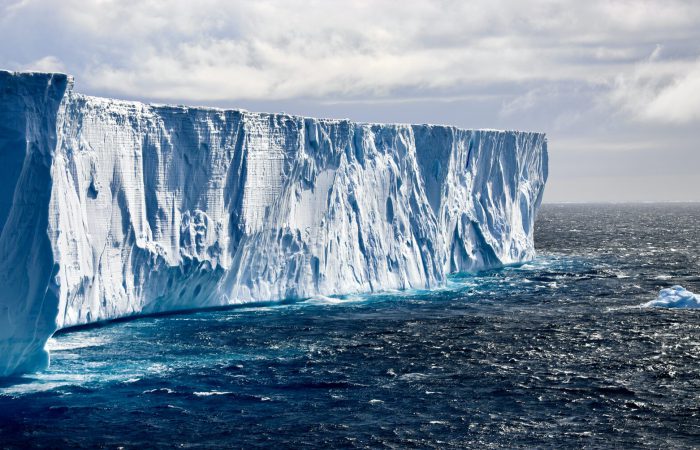 Become part of the crew while sailing our Tall Ship from Ushuaia to Antarctica (and back) in 18 – 21 days.

Our expeditions to Antarctica start with boarding our Tall Ship in Ushuaia, Argentina. First: find your cabin! After that it's time for a safety drill, following with getting to know your fellow travelers.

We will leave for Antarctica! During our sailing expedition to Antarctica you will become familiar with Tall Ship-sailing whilst crossing the Drake Passage. There will be practical trainings, lectures and instructional films aboard.

Time to discover Antarctica. We will sail alongside the coast and visit various harbours and Islands. Approach blue icebergs, see whales at arm's length and visit the polar stations of different countries together with the crew and your fellow passengers.

We're heading back to Ushuaia, and you will have duties, lectures and training from our experienced crew. When entering the harbour of Ushuaia, you've fulfilled your dream of visiting "The Ice". 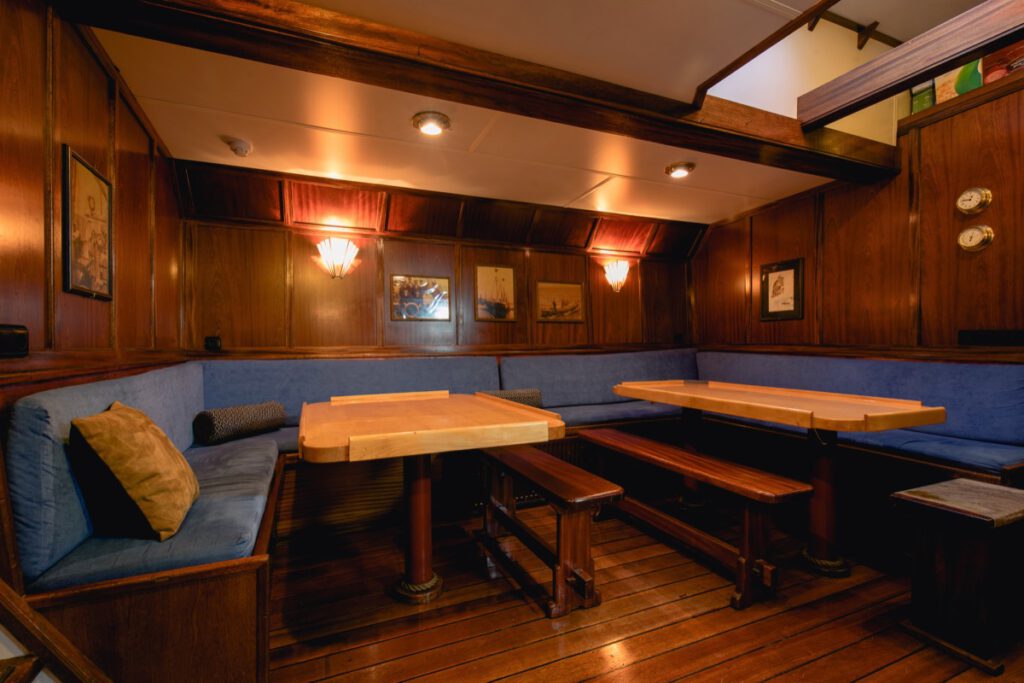 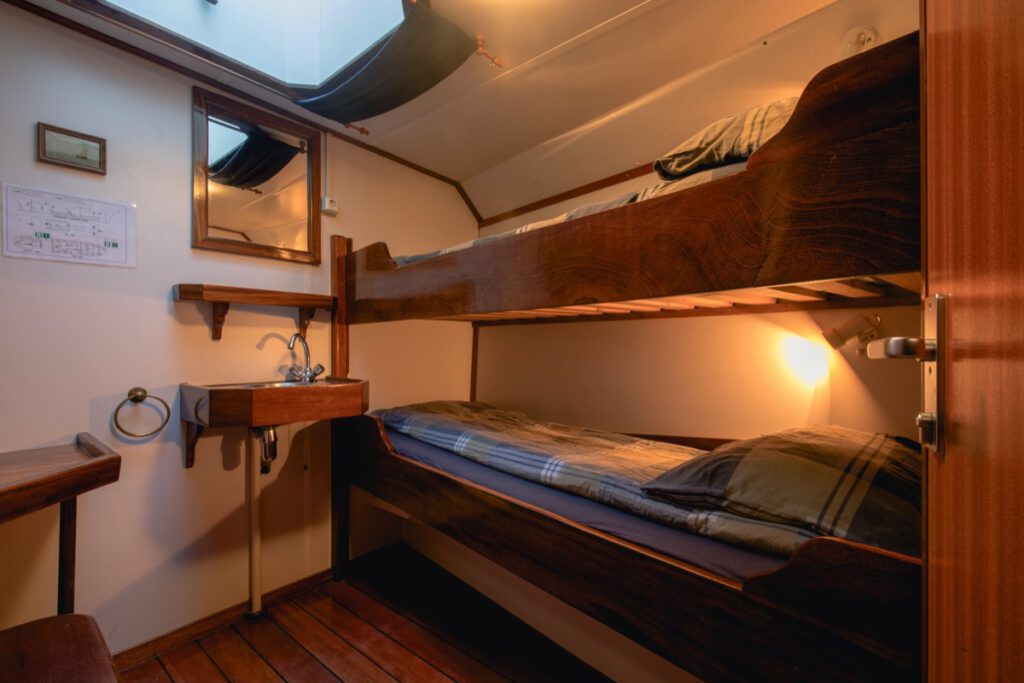 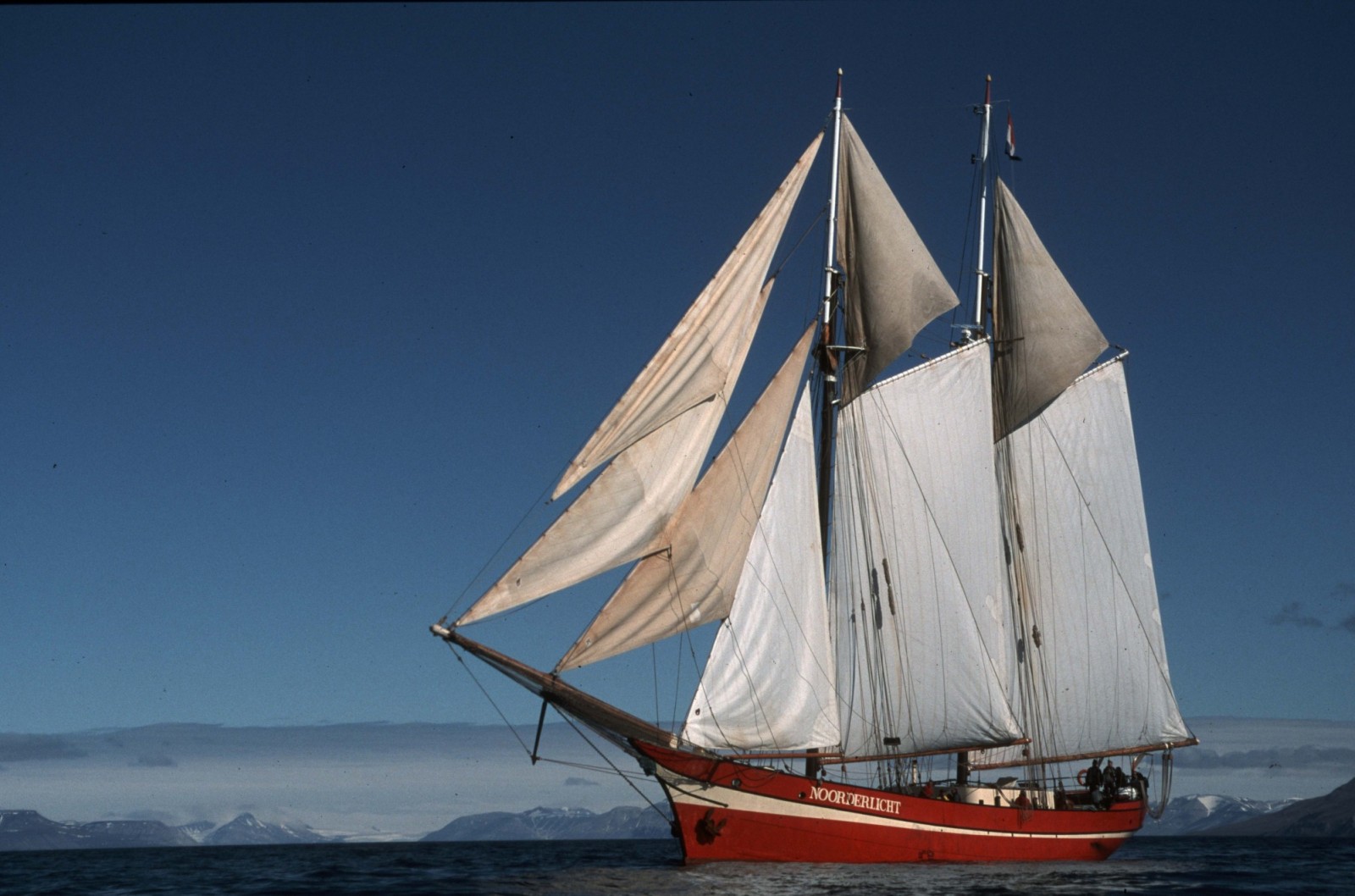 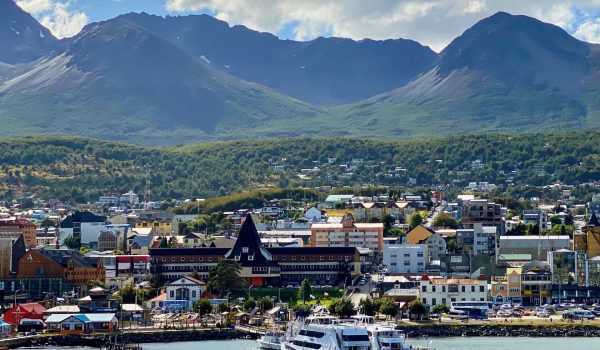 At the airport of Ushuaia our staff members welcome you and provide a transfer to the ship. After embarkation, you will meet our captain and other trainees. Things to do after you board:

The voyage begins! Our plan for the next few days is to sail along the Beagle Channel towards the Drake Passage and then cross it.

Crossing the Drake Passage is a real challenge on the way to Antarctica, as strong storm winds and high waves await us there. Such weather conditions require the coherent work of all crew members and trainees. 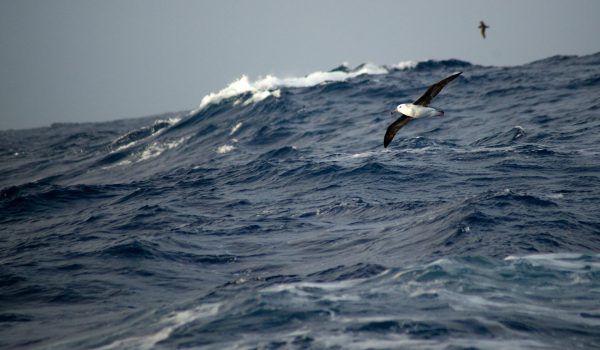 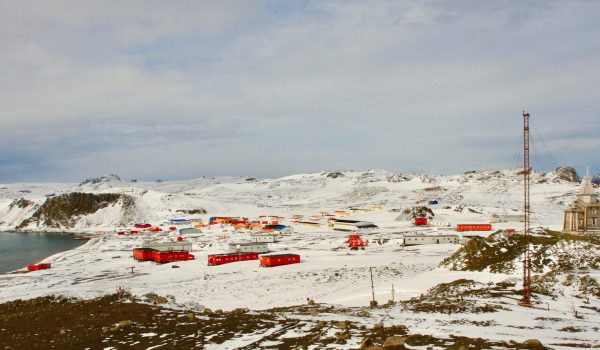 We are going to discover the Antarctic Peninsula with many stops at beautiful and remote sites. First, we will reach King George Island and visit Russian Antarctic research base Bellingshausen. It was one of the first research stations founded by the Soviet Antarctic Expedition in 1968. Since that time, it has been operated as a year-round station.

We will spend another day at Yankee Harbor, a rocky cove on Greenwich Island. The American sealer, Nathaniel Palmer, discovered and named Yankee Harbor in 1820 when he sailed his 47-foot-long vessel, Hero, around the South Shetland Islands in search of good beaches and harbors for his sealing fleet. Several thousand pairs of Gentoo penguins will welcome you ashore. Also, here you can see whale bones as a reminder of the whalers who practiced outboard flensing in the early years of Antarctic whaling (1906-1925). Weddell seals are seen on beaches regularly. 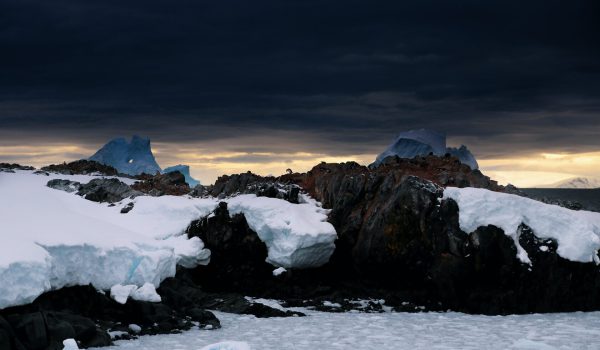 Crescent-shaped Half Moon Island, lies on the eastern side of the Livingston Island, South Shetlands. Here you can see Weddell and Elephant seals, as well as Gentoo penguins along the shore and a large Chinstrap penguin colony (with approximately 3,300 breeding pairs) further up the hill. It is a home to breeding Antarctic terns, skuas, blue-eyed shags, kelp gulls, and Wilson’s storm-petrels. Also there is the Argentine Cámara Station located on the south-west side of the island.

Deception island used to be home to a whaling station, the remains of which can still be seen today (it is a protected heritage site). The ring-shaped island is in fact the top of a volcano, a caldera. The Deception Island volcano is still active – eruptions have happened as recently as 1970. Although the wildlife on the ash covered island does not seem to be abundant, thousands of petrels, gulls, skuas and terns breed on shores and cliffs here. 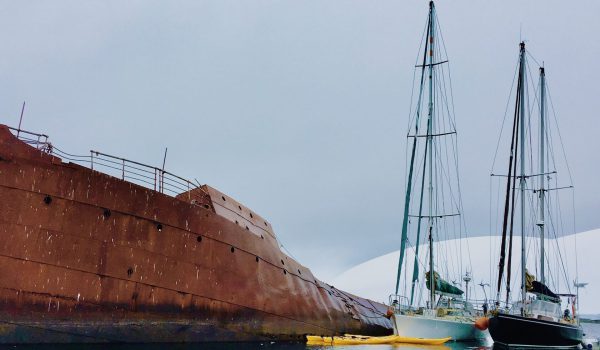 This little Enterprise Island holds one of the few physical remains of man’s occupation of Antarctica, the wreck of the whaling vessel Gouvernoren is here – only its bow is above water. This area was heavily used by whalers from around 1915 to 1930, and there are a few other artifacts from those times scattered around the shoreline if you look closely. The small scale and human aspect make this a great spot to discover.

Orne Harbour was first discovered by the Belgian Antarctic Expedition under Gerlache in 1898 and comprises of a rocky shoreline below scree slopes and patches of permanent snow. Chinstrap and Gentoo penguins as well as Weddell seals are common in this area. 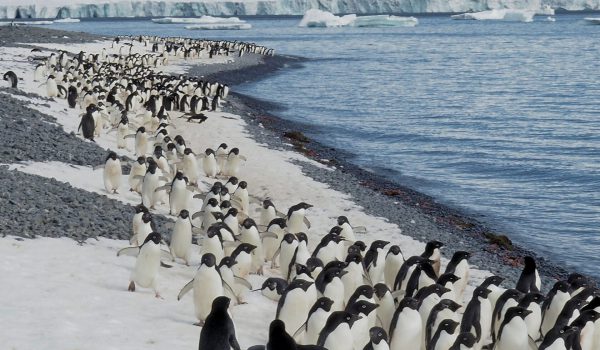 Cuverville Island is a 252-meter high rock with a long shingle beach at its foot, home to a sizable colony of Gentoo penguins. About 6,500 breeding pairs of gentoos call Cuverville home, composing the largest rookery on the Antarctic Peninsula. Icebergs often run around nearby, and minke whales commonly frequent the nearby Errera Channel.

While sailing through the spectacular Lemaire Channel, you will witness one of multiple highlights of Antarctica. It is 11 kilometers long, 150 meters deep, and 700 meters wide channel with rock and ice rising out of the sea. Tidal currents often clog the passage with bergs and pack ice, so the channel is sometimes blocked for vessels sailing down south. Marine birds and orca, humpback, and minke whales often show up on the surface of water. 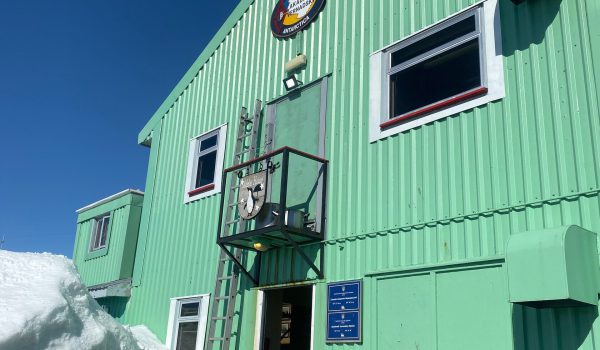 The Vernadsky Research Base

The Vernadsky Research Base is the only Ukrainian Antarctic Station located on Argentine Islands. Former British Faraday research station, it was sold to Ukraine by the UK for a symbolic one pound in February 1996. As one of the longest operating bases in Antarctica, Faraday/Vernadsky Station has been the subject of scientific research studies on long-term temperature trends that indicate global warming.

Port Lockroy is currently the most visited site in Antarctica. The spectacular mountain scenery, abundant wildlife and historical interest make Port Lockroy well worth a visit. Port Lockroy now is a historical site, it functions only as a museum and a post office. This remote piece of earth is home to a colony of Gentoo penguins. 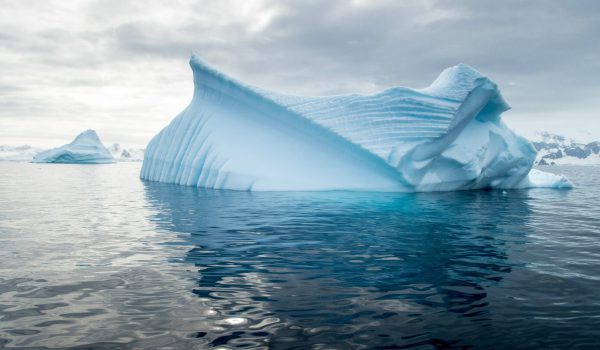 The Melchior Islands are a group of sixteen low, ice-covered islands lying in the Palmer Archipelago, Antarctica. The islands were roughly charted by the Third French Antarctic Expedition under Jean-Baptiste Charcot in 1903–1905. Things to see there include penguin colonies and whales, pack ice and giant icebergs, groups of fur seals.

Book your trip to Antarctica

Schedule a call with Christian, our expedition manager